Those who are coping with the loss of a relative or friend require understanding and compassion. At Edwin Pounds & Sons Ltd, we take pride in our ability to help the grieving members of our community say goodbye to their loved ones in a fitting and dignified manner. 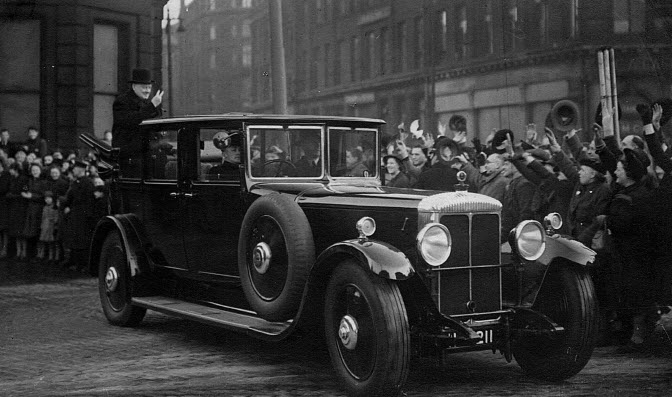 Photo: Winston Churchill in Bradford in our open topped car.

Edwin Pounds & Sons Ltd are known throughout Bradford and Leeds for high standards and traditional values in everything that we do. Quality of service is paramount, we make sure that every family receives the highest attention to detail helping the grieving members of our community say goodbye to their loved ones in a fitting and dignified manner.

Our team of personable and professional funeral directors can help you to arrange every aspect of a memorial service, from transportation to flower arrangements. We've been helping families at their time of need since 1904 providing support during these difficult times.

Established in 1904, Edwin Pounds was mainly a farm but also incorporated being coal merchants and carriage proprietors. Providing horse & carriages to the local funeral directors.

Edwin had eleven children, eight boys and three girls. All the boys worked within the business hence the name of Edwin Pounds & Sons. As the farmland was taken away from us for the building of Thorpe Edge estate the funeral directing side of the business gradually grew and replaced the farming. The old farm buildings were converted into the chapel of rest, offices and garages.

Initially each brother had his own limousine, one had been previously owned by Princess Margaret and another was in the film The Yellow Rolls Royce. One was used by Winston Churchill on his visit to Bradford and an old photo shows him riding him through the streets of Bradford in the open topped car giving his victory sign.

In 2004 we celebrated our centenary, when Charles, the last remaining child of Edwin, was aged 85 and still working within the business. Sadly in 2006 he passed away, leaving his daughter Judith Broome and grandson Simon Broome to run the company. In 2007 Judith retired, leaving Simon to run the family Business.

Over the past 105 years we have seen many changes within our business and the community. So at the beginning of 2008 it was decided to have plans drawn up to provide purpose built premises. The building was finally finished in May 2009.

The new décor and improved facilities have been designed to provide comforting and informal surroundings, which include service chapel seating 40 people and arranging rooms where families can discuss funeral arrangements and pre-paid funerals. This investment brings high quality facilities to the local area, along with our well established reputation for providing a professional and caring service so our new funeral home will allow us to offer a higher standard of care and support to our clients. 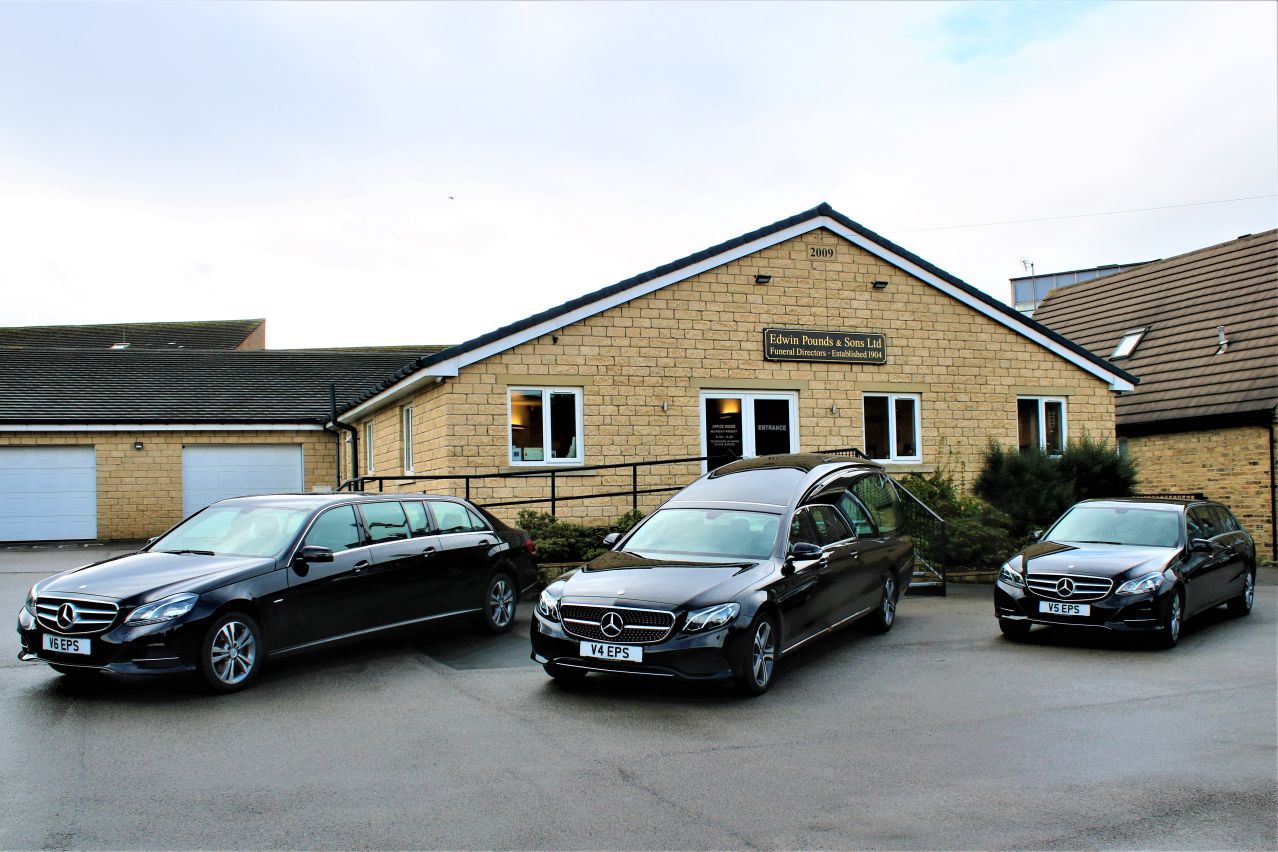 We are situated on the same site that we have occupied since 1904. We are now owned by Simon Broome, the great grandson of Edwin Pounds. Operating from our purpose built funeral home in Bradford we are one of the few privately owned and independent family-run funeral directors in the Bradford region.

Review us on Google